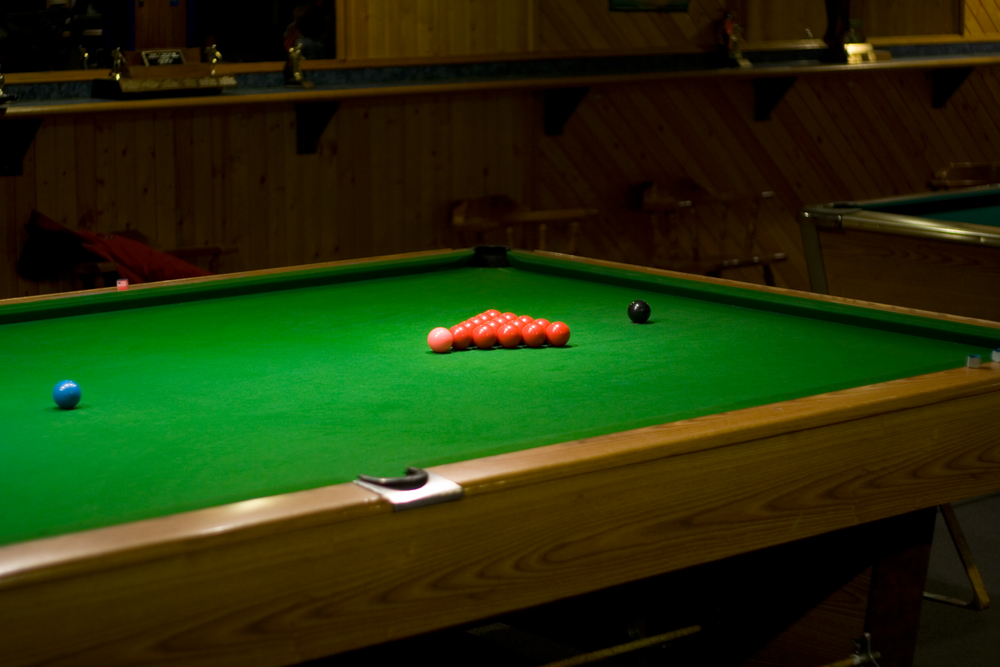 The Bank Shot
The bank shot is the most nerve-racking type of shot that players have to make, but is so satisfying when it works.

Angle In = Angle Out
When you are performing a bank shot remember this rule that the angle you hit the cue ball with will reflect with where the object ball will go. For now we will avoid putting any “English” on the shot, so aim for the center of the cue ball as you attempt to hit the object ball.

How Do You Do It?

A good way to line up your angles is to draw a line from the center of the object ball to where it will hit the cushion. Then extend it to the desired pocket you are aiming to bank the ball into. After this, draw another line from the desired pocket to one on the opposite side of the table. After you have all three lines drawn (visually), find the point where all of them intersect and draw a final line from cushion to cushion across that intersection point. This final line will determine where you need to guide the object ball to hit in order to perform the successful bank shot.