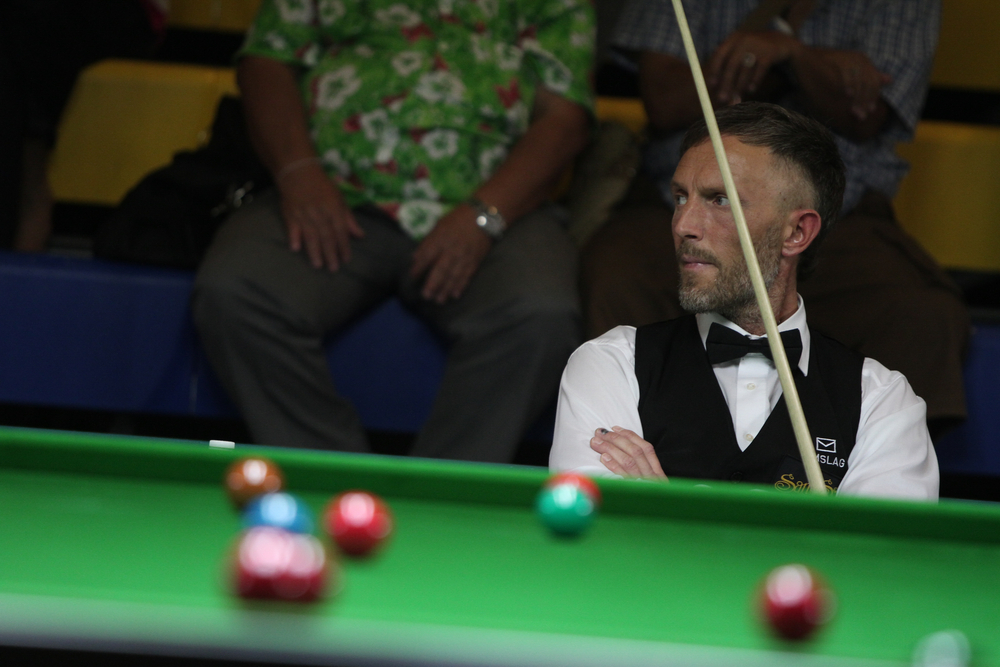 Snooker World Competition Rules Round Robin Stage
In the opening stage of a competition, teams compete in a round-robin process where teams must battle and win in order to reach the next tier of competition.

Best of 5
Each team plays 5 frames against opposing teams and frames 1,2,4, and 5 are basically head to head matches amongst players on different teams. The third frame is a doubles match, where players alternate between shots.

How To Advance
Only two teams in the whole competition can advance during this stage. They determine this by counting up all the won frames of each team. After the two terms are established, they go onto the next round.

Draw?
If there is a draw where it creates more than 2 top teams (second place tied or first place tied), then the two teams play a match. The winner of this match will go onto be apart of the top positions.

Blue Ball Shootout
So, what if two or more teams are tied? A sudden overtime match called a blue ball shoot out will occur. A blue ball is placed on the indicated spot on the table and teams toss a coin to see who goes first. After this, each team will attempt to pot the blue ball from its spot using the cue ball, which has to be placed behind the D line at the head of the table.